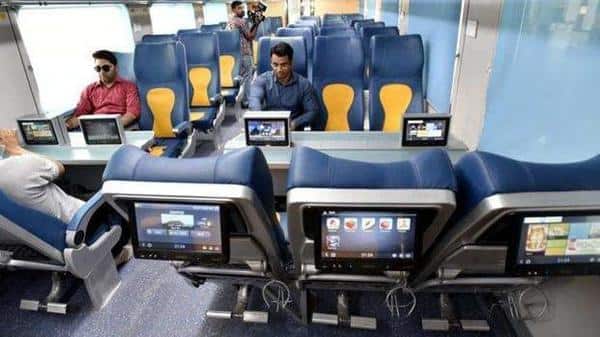 The plan to launch its initial share sale comes immediately after a sharp turnaround in the Indian stock markets, following the finance minister’s announcement last week to cut corporate taxes. Since Friday, the benchmark Sensex has gained 8% or 2,899 points. Several companies had seen IPO approvals lapse in the last few months due to volatility in stock markets on account of slowing economic growth, global trade war and rising crude prices.

The proposed IRCTC IPO is expected to see the government sell stake worth ₹480 crore through an offer for sale, said a person aware of the development.

IRCTC is expected to announce the price band for the IPO on Wednesday.

The government is looking to offload up to 20 million shares in IRCTC via the IPO, Mint reported on 23 August. The stake sale will result in the government reducing its stake in the company by about 12.5%.

IRCTC’s business is divided into four segments — internet ticketing, catering, packaged drinking water under the ‘Rail Neer’ brand, and travel and tourism. While its sales rose 25% year-on-year to ₹1,899 crore, its profit grew 23.5% to ₹272.5 crore in financial year 2019, according to its draft red herring prospectus filed with the regulators in August.

The company sees one of the highest traffic on its website in the Asia-Pacific region, with a transaction volume of more than 25 million per month, and 7.2 million logins per day. About 800,000 tickets are booked every day through the IRCTC website and Rail Connect.