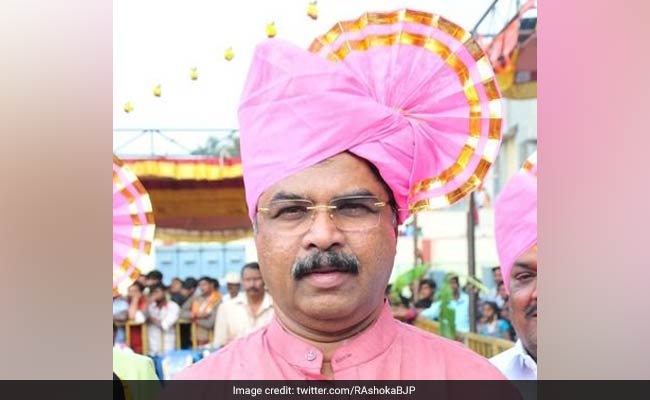 BJP in Karnataka on Saturday took a dig at the constant squabbling between ruling Congress-Janata Dal (Secular), saying it was in a ‘coma’ and expressed doubts whether Chief Minister HD Kumaraswamy would even present the state’s second budget on February 8.

Senior party leader and former Deputy Chief Minister R Ashoka claimed that 20 to 25 disgruntled MLAs of the alliance were out of the reach of their leaders and the coalition government was in a ‘coma’.

He referred to Mr Kumaraswamy’s reported statement at a JD(S) legislature party meeting that he was not a chief minister for the last seven months, but ‘just a clerk’.

“Whether he will present the budget or not, it is a doubt for us,” he said.

He reiterated that the BJP would not make any attempts to topple the government and asked both parties not to blame the BJP for not being able to control their MLAs.

“About 20-25 Congress-JD(S) MLAs not having trust in their party have been roaming around, away from the reach of their party leaders because of antagonism towards Congress, JD(S) and the Chief Minister- they are not in touch with them.

“Congress-JD(S) are trying to blame BJP for it, it is not right. If you don’t have the mettle to control your MLAs, why do you blame BJP? You don’t have the moral right to tell they (MLAs) have gone with BJP,” he told reporters in Bengaluru.

Mr Ashoka also said there was also ‘confusion’ within the coalition on contesting the polls together.

His statement gains significance in the backdrop of political turmoil in Karnataka last month following alleged attempts by the BJP to topple the HD Kumaraswamy-led coalition government by poaching a few Congress MLAs, who reportedly went incommunicado from the party leadership, and were camped at a hotel in Mumbai with plans to jump ship to the BJP.

The developments had led to resort politics, with the Congress herding its MLAs to a resort outside the city, and BJP too camping its MLAs at a hotel in Gurugram, fearing counter attempts by the ruling alliance to poach its members.

Four Congress MLAs had remained absent from the all important Legislature Party meeting that was seen as a show of strength amid alleged poaching attempts by the BJP.

All the four were served with notices, seeking an explanation on why action should not be taken against them as per anti-defection law.

On reports that some of these MLAs would resign ahead of the joint legislature session on February 6 and whether BJP would utilise the opportunity, he said the legislators would so if they wanted, but it only pointed to the ‘confusion’ in the ruling coalition.

Asked whether the BJP would approach the Governor, requesting him to ask the government to prove its majority, he said “We are not political sanyasis, we have also come to do politics.”

Claiming that the BJP’s strength in the assembly has increased from 104 to 106 with the support of two independents, he said those without public support were now running the government.

“The person with 38 MLAs has become Chief Minister, this is anti-democratic, so we are not sanyasis… when the situation arises, we will utilise it hundred per cent,” he said.

On whether the BJP would support Sumalatha Ambareesh, wife of late actor Ambareesh, if she decided to contest as an independent from Mandya, Mr Ashoka said the party would take a decision as and when the situation arises

BJP’s strength in Mandya is negligible, and there is no clarity yet among the alliance partners over which party will contest from the seat, which both consider their bastion.

According to sources, both parties want to field Sumalatha Ambareesh, banking on her late husband Ambareesh’s popularity in the region and sympathy wave following his death recently.

Sumalatha Ambareesh, herself a popular female actor, has stated that she will need time to decide about entering politics. “I had no interest in politics earlier, but if I decide to enter politics it will only be from Mandya,” she has declared

Ambareesh had represented Mandya both in the Assembly and Parliament from Congress. He had also served as Minister in both the state and central government.