The newly proposed two-year budget deal between the White House and Congress has one major flaw.  It vastly overpays for the Pentagon.

At $738 billion for Fiscal Year 2020 and $740 billion for Fiscal Year 2021, the agreement sets the table for two of the highest budgets for the Pentagon and related work on nuclear warheads at the Department of Energy since World War II. The proposed figures are higher than spending at the height of the Vietnam and Korean Wars, and substantially more than the high point of the Reagan buildup of the 1980s. And the Fiscal Year 2020 and Fiscal Year 2021 numbers are only slightly less than spending in 2010, when the United States had 180,000 troops in Iraq and Afghanistan, roughly nine times the number currently deployed.

One might have thought that Pentagon budget boosters would be satisfied with these massive numbers. But you would be wrong. House Armed Services Committee ranking Republican Mac Thornberry (R-TX) grudgingly accepted the budget deal, but couldn’t help saying, “I believe our military needs more funding than this agreement provides.”  Senate Armed Services Committee chair James Inhofe (R-OK) declared himself “disappointed” that the deal fell short of the $750 billion proposed by the Trump administration, and cited the recommendation of the National Defense Strategy Commission (NDSC) that Pentagon spending should rise 3 to 5 percent per year, adjusted for inflation, for the next five to ten years.  The 3 to 5 percent recommendation is absurdly high. Calculationsby Taxpayers for Common Sense indicate that the 5 percent growth rate would push Pentagon spending to over $970 billion by Fiscal Year 2024, well on the way to a figure of well over $1 trillion within the next ten years.

Inhofe’s reference to the NDSC is telling. That congressionally-mandated panel was essentially an exercise in threat inflation that proposes a militarized foreign policy while ignoring the greatest security challenges we face, many of which are not military in nature. The NDSC’s own report acknowledges that their proposed increases are “more illustrative than definitive.” But that hasn’t prevented Pentagon budget boosters like Senator Inhofe from citing the NDSC’s recommendations as gospel, and as the one true guide to how much the country should spend on the Pentagon for years to come.

The NDSC’s flaws are many, but chief among them is the failure to mention one of the greatest security risks we face – climate change. U.S. policy makers and Pentagon planners should spend less time spinning out scenarios for how to fight a war with China and more on figuring out how to cooperate with Beijing in coming up with a plan to cooperate in heading off a climate catastrophe. Working together in this sphere could also serve as a building block towards resolving other economic and security concerns in the U.S.-China relationship without sparking a new arms race or increasing the risks of war, which would be a disaster beyond reckoning given that it would involve two nuclear-armed powers.

The NDSC also endorses an increasingly confrontational policy with Russia, Iran, and North Korea, all nations where diplomacy on the central issue of curbing the spread and number of nuclear weapons would be far more fruitful than war or threats of war. Last but not least, the panel counsels what is in essence still a military-led approach to the challenge of global terrorism, despite the unsuccessful and at times disastrous consequences of pursuing this strategy in Iraq and Afghanistan.

There is another way. The Center for International Policy’s Sustainable Defense Task Force – a group of experts that includes former Pentagon officials and military officers, former White House budget officials, and ex-Congressional budget experts — outlines a plan that could save at least $1.2 trillion from current Pentagon plans over the next decade by pursuing a more realistic and restrained strategy that would abandon nation building and large-scale counterinsurgency as pillars of U.S. policy; take a more balanced, less confrontational approach to the economic, political and security challenges posed by Russia and China; pursue diplomacy as the policy of choice for addressing the nuclear issues posed by Iran and North Korea; adopt a deterrence-only nuclear policy along the lines proposed by the organization Global Zero; and cut waste and unnecessary overhead at the Pentagon. The task force’s approach would make America and its allies safer for less by discarding the most counterproductive policies that have been implemented during this century and instead emphasizing the most urgent challenges to U.S. and global security. 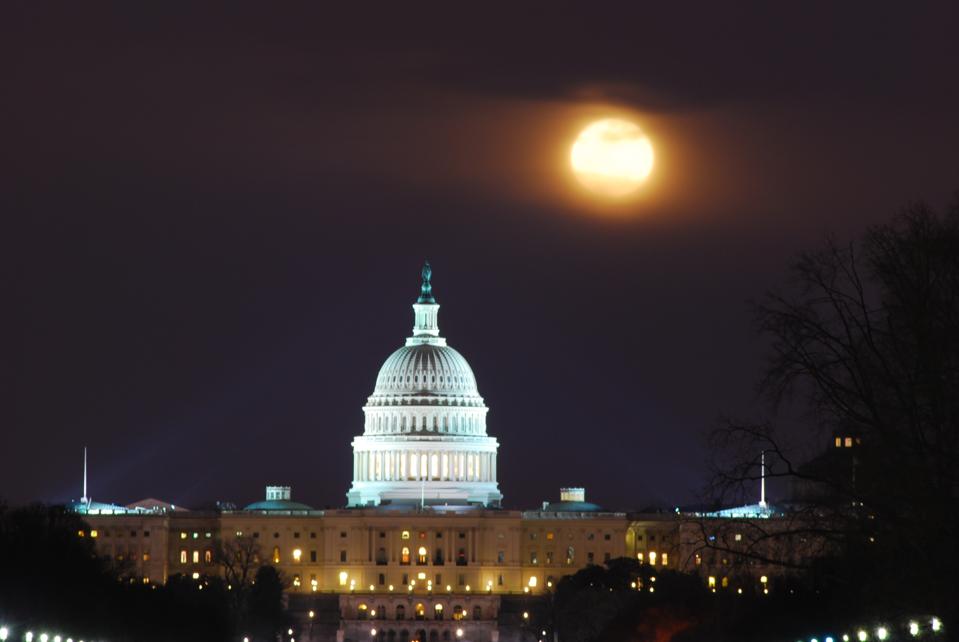 The new budget deal is indeed a disappointment, but not for the reasons suggested by Senator Inhofe and other advocates of endless increases in the Pentagon budget.  The deal allows the Pentagon to spend too much, set the wrong priorities, and put our future security at risk by hyping challenges that are not amenable to traditional military solutions.  We need a new debate on America’s defense priorities, and the sooner it begins the better.